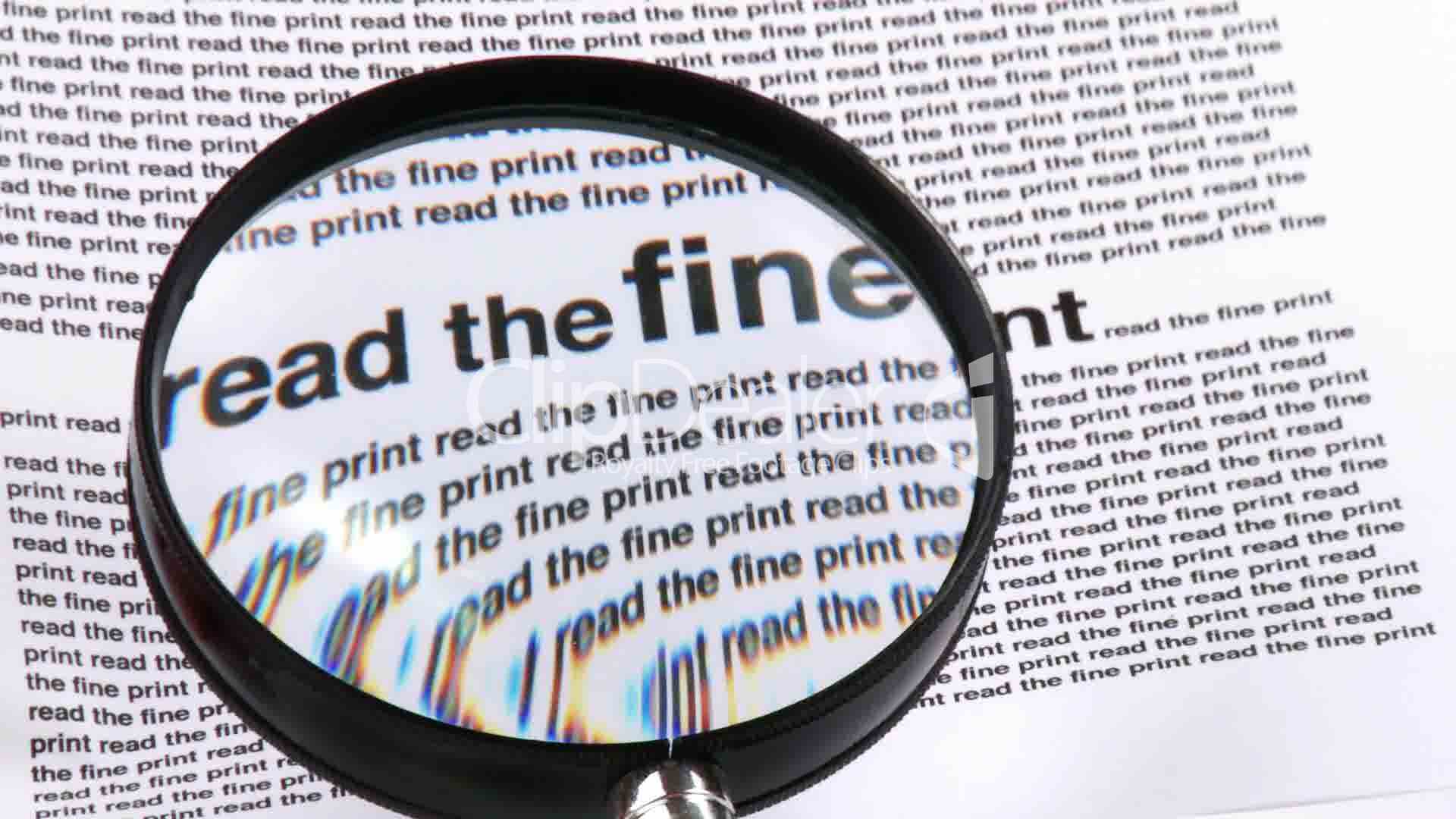 Read the fine print: 4 ways you sign away your rights

The next time you open a bank account or sign up for a credit card, make sure you read the fine print.

Lawmakers overturned a rule Tuesday night that would have prohibited companies from using arbitration clauses to prevent consumers from filing class action lawsuits.

The Consumer Financial Protection Bureau announced the rule in July and it was set to take effect on contracts issued next year. The rule would have applied to banks and credit card companies, which commonly use arbitration clauses to block group lawsuits.

While it’s easy to overlook details buried in a contract or agreement, they can have big implications on consumers.

These agreements can be several pages long and are often laden with legal jargon that can be difficult to understand.

“It’s really hard to be a consumer these days,” said Ira Rheingold, executive director at the National Association of Consumer Advocates. “The courts have done a lot of damage to consumers by not creating a standard to what are the fair terms of a contract.”

Here’s a look at some of the rights you might be giving up when agreeing to some terms and agreements:

Your day in court

“They are in just about every financial contract,” said Lauren Saunders, associate director at the National Consumer Law Center. “Most people have no idea that they are giving up their day in court.”

Opponents of forced arbitration clauses argue that consumers are often at a disadvantage because it can be more expensive, an arbitrator might be more partial to the party more likely to bring in future business and it’s harder to appeal a decision.

Employers can also use arbitration clauses to prevent employees from suing over work-related issues.

Companies are also preventing consumers from joining together in a lawsuit.

“They are telling people they can’t be part of class action lawsuit, that people will have to go in one by one into a secretive and bias process,” said Saunders.

Just using or logging onto a website can mean you agree to the company’s terms and conditions, said Dan Lear, director of industry relations at Avvo and contract law expert.

That means that consumers could be giving up their privacy rights.

“Compared to Europe, the U.S. has far fewer restrictions when it comes to how companies can handle your personal data,” said Rohit Chopra, a senior fellow at the Consumer Federation of America. “Many consumers are unaware of how their data will be used or resold.”

Knowing how much you really owe

Banks make a lot of money from fees.

It can be hard for consumers to avoid these fees because they aren’t always easy to find.

“When you wind up with late fees, it may be some overdraft fee, a minimum deposit amount fee, you wrote too many checks fee, there’s a lot of stuff in the fine print that can add additional fees that can cost people,” said Rheingold.

How much you can get in damages

If you do find something wrong with a product, businesses can place a limit on the amount of damages you can collect.

“When it comes to products, its more about waivers of liability and limiting damages,” said Rheingold.

The expanding limitations included in contracts and terms of service has caused Americans’ trust in corporate America to erode, said Chopra.

“It’s a way for companies to reject the ethos that the customer is always right and I think fine print is often a way to give companies plausible deniability that they aren’t breaking the law.”