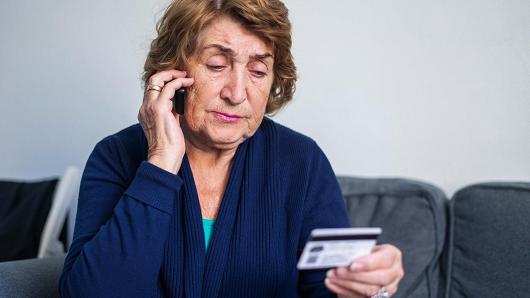 How to avoid getting scammed come tax time

Income tax collections generated more than $3.3 trillion for the federal government in 2015, according to latest Internal Revenue Service figures. Along with that money, tax season also produces tens of thousands of tax rip-offs that cost individual taxpayers and the IRS much time and many millions of dollars.

Tax rip-offs come in two main types. Identity theft involves obtaining enough information about a taxpayer to file a fraudulent tax return and then collecting a refund. In the other variety, a scammer impersonating an IRS official contacts an unwitting taxpayer and tricks the victim into handing over money.

A taxpayer whose identity has been used to file a fraudulent return may be significantly inconvenienced. For example, his or her legitimate refund may be delayed nine months or more, rather than the customary three weeks or less, once a scammer has filed a false return using that taxpayer’s information.

However, identify theft fraud is unlikely to cost an individual taxpayer any actual money. The government, not the taxpayer, bears the cost of fraudulently obtained refunds.

Tax scams, on the other hand, result in direct financial losses to victims. When a taxpayer gives funds to scammers impersonating an IRS agent, the money is lost.

Of the two types of tax rip-offs, identity theft is more common. From late January to early March 2017, the IRS identified 14,068 fraudulent returns involving identity theft, the Treasury Inspector General for Tax Administration (TIGTA) said in its April interim report on 2017 collections. The final report is due in September 2017.

Impersonation scams were somewhat less common. From October 2013 through June 2017, TIGTA reported 10,911 cases of someone impersonating an IRS agent. TIGTA didn’t supply a dollar value for the costs of fraudulent returns, but says taxpayers lost $57,963,603 to impersonation scams during that period.

How to avoid being scammed

Fending off tax scammers is often easy, according to experts. Swindlers impersonating IRS agents typically phone victims, tell the taxpayer that he or she owes the IRS and threaten legal action unless payment is made immediately.

“They say you have a balance and if it’s not paid we’re going to lock you up,” Becourtney said. “They ask for gift cards, debit cards or money orders.

“They’ll sometimes ask for your bank information so they can transfer funds out of your bank account.”

Scammers may trick caller ID to show a call as coming from IRS, offer badge numbers and otherwise convincingly portray IRS agents. However, no matter how persuasive the message, if it comes by phone it’s a scammer, according to the IRS.

“Our normal correspondence is a letter in the mail,” said IRS spokesman Raphael Tulino. “It’s not a random threatening phone call.” Nor, according to a July 2017 IRS scam alert, will agents contact taxpayers by email, text message, fax, social media or a knock on the door, all of which have been used by scammers to set up their victims.

Identity theft fraud can be harder to defend. Identity thieves often operate by sending taxpayers so-called “phishing” emails or text messages purporting to be from the IRS and containing links that, if clicked, will transmit identity details to criminals.

“Phishing emails are designed to look like legitimate emails from the IRS or other financial institutions, but are actually from a cybercriminal looking to steal your personal information,” said Gary Davis, chief consumer security evangelist for cybersecurity firm McAfee. “If you suspect an email is a phishing email do not click any of the links in the email, and instead go directly to the purported source’s website.”