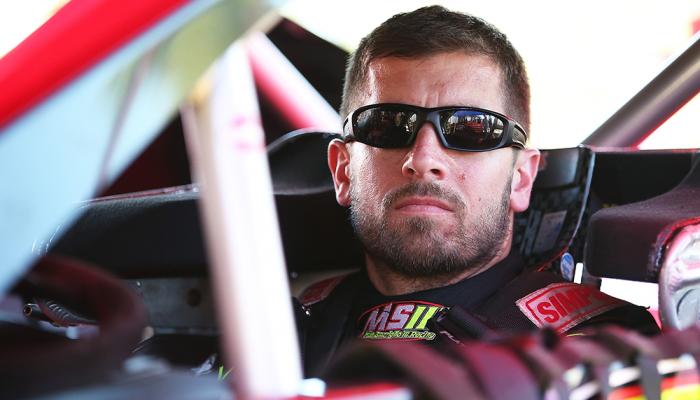 DAYTONA BEACH, Fla. — Over the last three years, Doug Coby has collected plenty of accolades on the NASCAR Whelen Modified Tour. The four-time and defending series champion has won the last three championships, becoming the only driver in the modern era to accomplish the feat. And over that three-year stretch, Coby has used success at the 1.058-mile New Hampshire Motor Speedway to help him along.

In his career at the ‘Magic Mile’, Coby has four career wins in 27 starts, along with 11 top five finishes. His last 10 races there have seen him finish on the podium eight times, including his four career victories. In his last three races, Coby visited Victory Lane twice and finished third in the other. Luckily for Coby, he couldn’t be heading to a better track as he looks to gain ground in the championship standings. Tthe 37-year-old has finished inside the top-10 in just half of the races and enters NHMS sixth in the championship standings, 54 points from the top. As he looks to capture a record-breaking fourth straight title, collecting maximum points possible could be a must.

But if he’s going to do that, he will need to go through Starrett Tools driver Timmy Solomito. The Islip, N.Y. driver has three victories in the first six races this season and leads the standings by 13 points over Rowan Pennink. Eric Goodale, Justin Bonsignore and Max Zachem round out the top five heading into Loudon

The first of two races at the New Hampshire oval also comes with the first of two non-points races of the season on Friday afternoon. The 35-lap Whelen Engineering All-Star Shootout scheduled for 2 p.m. will include some of the top drivers of the unified tour looking to capture glory. The Whelen Modified Tour will be part of a tripleheader on Saturday, with the NASCAR XFINITY Series and NASCAR K&N Pro Series East also in action.

The Race: The Whelen All-Star Shootout is a special non-points event. The Eastern Propane & Oil 100 will be the seventh of the 16 races on the 2017 NASCAR Whelen Modified Tour points schedule. It will be the first of the two stops at New Hampshire Motor Speedway this season.

Saturday’s 100 lapper is 36 cars, including provisionals. The first 32 cars will make the field through the qualifying process and there will also be four provisionals that could be awared through the provisional process. The race is scheduled for 100 laps (105.8 miles).

The Track: This will be the 66th NASCAR Whelen Modified Tour race on the 1.058-mile oval, dating all the way back to the inaugural race in September 1980. The first ever race on the ‘Magic Mile’ saw Mike McLaughlin visit Victory Lane. The Whelen All-Star race has been held since 2014 and past winners include Bobby Santos (2016), Woody Pitkat (2015) and Ryan Newman (2014). No driver has swept both races on the weekend.

Pole Winners: There have been 26 different drivers start from the top spot at New Hampshire. Last season, Ron Silk captured the pole in the July event, while Mother Nature rained out qualifying in September.

Stars Coming Out: The first of two non-points events on the 2017 schedule will take place on Friday afternoon at the ‘Magic Mile’. The 35-lap race will include some of the top drivers of the unified Whelen Modified Tour, including defending champion Doug Coby and 2013 series champion Ryan Preece. Veterans like Jamie Tomaino and two-time Whelen Southern Modified Tour champion

Andy Seuss will also be a part of the event. Max Zachem will pilot the Mystic Missile for the shootout, while Monster Energy Cup Series regular Ryan Newman will also return to the series. Newman was the winner of the inaugural shootout in 2014.

Silk Teams With Brady Bunch: Former Whelen Modified Tour champion Ron Silk will return to the series on Saturday after missing the last three races. After parting ways with Danny Watts, Silk had been looking for a ride until the Brady race team came to the front. Silk will wheel the iconic No. 00 at NHMS Saturday, a place he has been in Victory Lane at before. In his 26 career NHMS starts, Silk has two of his 10 career wins there. He also has finished inside the top five in his last four appearances at the New Hampshire oval.

Suess Is Busy: Home-state hero Andy Seuss will be part of a tripleheader this weekend. The Hampstead, New Hampshire driver will compete in the Whelen All-Star Shootout on Friday before he competes in the 100 lap Nor’easter 100 for the Whelen Modified Tour early on Saturday. In the evening, Seuss will run the Ted Marsh owned No. 11 NASCAR K&N Pro Series East car as well. In 16 career NWMT starts at NHMS, Seuss has four top-10 finishes.

Newman Is Back: Former Whelen Modified Tour winner and current Monster Energy NASCAR Cup Series driver Ryan Newman will return to his modified past on Saturday afternoon. The South Bend, Indiana driver has four career series wins in his 23 starts, including two at New Hampshire Motor Speedway. In the two races there last season, Newman finished fifth and has finished inside the top five in half of his NHMS starts.

Close Finishes: The Whelen Modified Tour portion of the weekend has been known for some of the closest finishes in track history. In 2008, Chuck Hossfeld defeated Ted Christopher by just .001 seconds at the checkered flag. In this race last season, Doug Coby defeated Donny Lia by just 0.037 seconds.