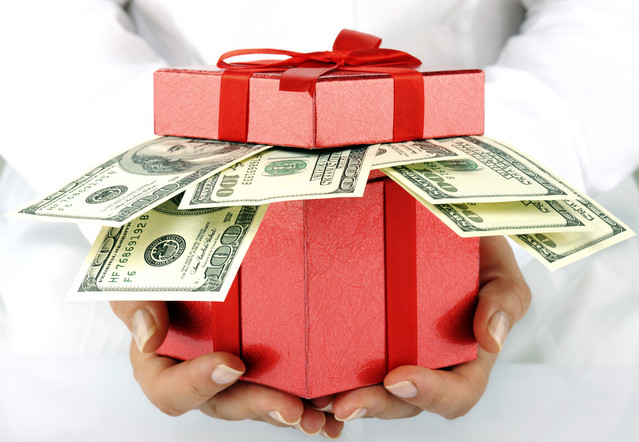 Dynasty Trusts Are More Valuable Than Ever

The Tax Cuts and Jobs Act (TCJA), signed into law this past December, affects more than just income taxes. It’s brought great changes to estate planning and, in doing so, bolstered the potential value of dynasty trusts.

Let’s start with the TCJA. It doesn’t repeal the estate tax, as had been discussed before its passage. The tax was retained in the final version of the law. For the estates of persons dying, and gifts made, after December 31, 2017, and before January 1, 2026, the gift and estate tax exemption and the generation-skipping transfer tax exemption amounts have been increased to an inflation-adjusted $10 million, or $20 million for married couples (expected to be $11.2 million and $22.4 million, respectively, for 2018).

Absent further congressional action, the exemptions will revert to their 2017 levels (adjusted for inflation) beginning January 1, 2026. The marginal tax rate for all three taxes remains at 40%.

Now let’s turn to dynasty trusts. These irrevocable arrangements allow substantial amounts of wealth to grow free of federal gift, estate and generation-skipping transfer (GST) taxes, largely because of their lengthy terms. The specific longevity of a dynasty trust depends on the law of the state in which it’s established. Some states allow trusts to last for hundreds of years or even in perpetuity.

Where the TCJA and dynasty trusts come together is in the potential to avoid the GST tax. It levies an additional 40% tax on transfers to grandchildren or others that skip a generation, potentially consuming substantial amounts of wealth. The key to avoiding the tax is to leverage your GST tax exemption, which, under the TCJA, will be higher than ever starting in 2018.

Assuming you haven’t yet used any of your gift and estate tax exemption, you can transfer $10 million to a properly structured dynasty trust. There’s no gift tax on the transaction because it’s within your unused exemption amount. And the funds, plus future appreciation, are removed from your taxable estate.

Most important, by allocating your GST tax exemption to your trust contributions, you ensure that any future distributions or other transfers of trust assets to your grandchildren or subsequent generations will avoid GST taxes. This is true even if the value of the assets grows well beyond the exemption amount or the exemption is reduced in the future.

Naturally, setting up a dynasty trust is neither simple nor quick. You’ll need to choose a structure, allocate assets (such as securities, real estate, life insurance policies and business interests), and name a trustee. Our firm can work with your attorney to maximize the tax benefits and help ensure the trust is in the best interests of your estate.

Sidebar: Nontax reasons to set up a dynasty trust

Regardless of the tax implications, there are valid nontax reasons to set up a dynasty trust. First, you can designate the beneficiaries of the trust assets spanning multiple generations. Typically, you might provide for the assets to follow a line of descendants, such as children, grandchildren, great-grandchildren, etc. You can also impose certain restrictions, such as limiting access to funds until a beneficiary earns a college degree.

Second, by placing assets in a properly structured trust, those assets can be protected from the reach of a beneficiary’s creditors, including claims based on divorce, a failed business or traffic accidents.

Every company needs to upgrade its assets occasionally, whether desks and chairs or a huge piece of complex machinery. But before you go shopping this year, be sure to brush up on the enhanced bonus depreciation tax breaks created under the Tax Cuts and Jobs Act (TCJA) passed late last year.

Qualified new — not used — assets that your business placed in service before September 28, 2017, fall under pre-TCJA law. For these items, you can claim a 50% first-year bonus depreciation deduction. This tax break is available for the cost of new computer systems, purchased software, vehicles, machinery, equipment, office furniture and so forth.

Bonus depreciation improves significantly under the TCJA. For qualified property placed in service from September 28, 2017, through December 31, 2022 (or by December 31, 2023, for certain property with longer production periods), the first-year bonus depreciation percentage is increased to 100%. In addition, the 100% deduction is allowed for both new and used qualifying property.

The new law also allows 100% bonus depreciation for qualified film, television and live theatrical productions placed in service on or after September 28, 2017. Productions are considered placed in service at the time of the initial release, broadcast or live commercial performance.

Important: For certain property with longer production periods, the preceding reductions are delayed by one year. For example, 80% bonus depreciation will apply to long-production-period property placed in service in 2024.

If bonus depreciation isn’t available to your company, a similar tax break — the Section 179 deduction — may be able to provide comparable benefits. Please contact our firm for more details on how either might help your business.