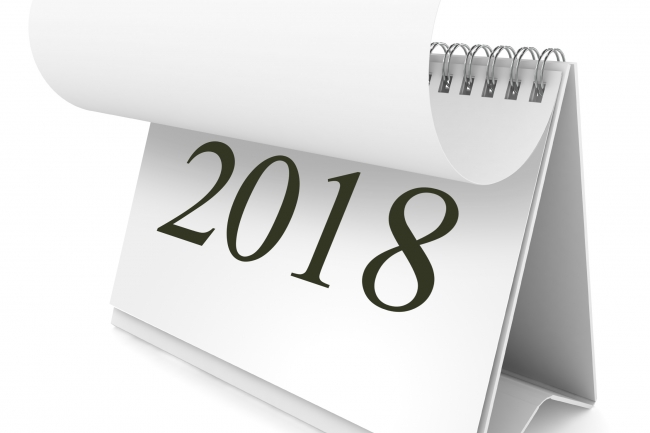 This time of the year, I review and edit drafts of the ten most litigated issues in federal courts that are ultimately published in the National Taxpayer Advocate’s Annual Report to Congress. This is one of my favorite tasks, because I get to examine a significant swath of tax litigation in depth. There are always one or two cases that strike me as producing unjust or extreme results. Sometimes it happens because of the IRS litigating position as in the Mescalero case that I discussed in September. Today I would like to discuss a Collection Due Process (CDP) case, Keller Tank Serv. II, Inc. v. Comm’r, 854 F.3d 1178 (10th Cir. 2017), aff’g T.C. Docket No. 11611-14L, a recent decision from the Court of Appeals for the Tenth Circuit, which highlights the lack of opportunity for judicial review of the IRC § 6707A penalty in a pre-payment forum.

Internal Revenue Code (IRC) § 6707A imposes a penalty on taxpayers who fail to include on a return or statement information with respect to a reportable transaction. Under IRC §§ 6011 and 6707A, every taxpayer who has participated in any reportable transaction and who is required to file a tax return must file IRS Form 8886, Reportable Transaction Disclosure Statement (Rev. Mar. 2011), with the tax return and send a copy to the IRS Office of Tax Shelter Analysis. As outlined in Internal Revenue Manual 4.32.4, taxpayers may contest IRC § 6707A penalties in either a pre-assessment review of the penalty by an IRS Appeals Officer (if possible; sometimes it is not because the period of limitations is about to expire), or otherwise in a post-assessment review by an IRS Appeals Officer. Under IRC § 6707A(b)(1), if a taxpayer fails to abide by these requirements, a penalty is imposed on the taxpayer of up to 75 percent of the decrease in tax shown on the return resulting from the reportable transaction (or the tax which would have resulted from the transaction if the transaction had been respected for federal tax purposes). Under IRC § 6707A(b)(3), the minimum penalty cannot be less than $5,000 for individuals or $10,000 for entities. Furthermore, the maximum penalty that can be imposed is $200,000 for any listed transaction ($100,000 in the case of an individual), and in the case of any other reportable transaction, $50,000 ($10,000 in the case of an individual). These penalties are not subject to deficiency procedures and thus taxpayers may not appeal IRC § 6707A penalty determinations to the U.S. Tax Court.

The IRS sent the taxpayer a final notice of its intent to levy to collect the IRC § 6707A penalty and an explanation of the right to a CDP hearing under IRC § 6330. The taxpayer requested a CDP hearing arguing the penalty was assessed without the opportunity to protest the determination of the underlying transaction. However, the taxpayer was precluded from challenging the underlying liability because the Office of Appeals had already reviewed and sustained the penalty in its IRC § 6707A penalty proceeding (which as explained above, does not provide for an opportunity for judicial review unless the taxpayer first pays the penalty and then sues for a refund).

The taxpayer then filed a petition with the Tax Court to challenge the CDP determination and challenge the liability for the penalty. However, the Tax Court granted summary judgment to the government, determining that the taxpayer was precluded from challenging the underlying liability for the penalty because Treasury Regulation § 301.6330-1(e)(3)(A-E2) makes clear that the phrase “opportunity to dispute” includes “a prior opportunity for a conference with Appeals that was offered either before or after the assessment of the liability,” and the taxpayer had a conference about the penalty with Appeals.

The result of the holding in this recent case is that taxpayers do not have any opportunity to obtain judicial review of an IRC § 6707A penalty determination by the IRS unless they first pay the penalty and then sue for a refund in a United States district court or in the United States Court of Federal Claims under IRC § 7422.

Congress has created numerous penalties but in certain instances does not permit a taxpayer to challenge the penalty in a pre-payment judicial forum. When there are strict liability penalties (i.e. penalties that do not allow for a reasonable cause exception and may have limitations on their ability to be waived) imposed on taxpayers and deficiency procedures are not applicable, the taxpayers who cannot prepay the penalties may not be afforded judicial review of the administrative action. Not permitting taxpayers to challenge a penalty in court before paying impacts the right to challenge the IRS’s position and be heard and the right to a fair and just tax system under the Taxpayer Bill of Rights.

In my prior Annual Reports to Congress, (see, e.g., the 2008 vol. II study on penalties and the 2008 Legislative Recommendation #10), I highlighted the potential effects of the IRC § 6707A penalty and recommended changes. Although Congress partially addressed some of the points I raised in the Small Business Jobs Act of 2010, many issues still remain.

I understand that the purpose of the IRC § 6707A penalty is to promote disclosure, but the benefits of disclosure must be balanced against the burdens the penalty imposes on taxpayers. Taxpayers’ inability to challenge the IRC § 6707A penalty in federal courts without paying the tax, for all intents and purposes, means that the IRS can unilaterally determine what constitutes a listed or reportable transaction without having to explain itself to the courts (and the taxpaying public). I also continue to be concerned about the absence of a “reasonable cause” exception and the potential imposition of the IRC § 6707A penalty on taxpayers who derived no tax benefit whatsoever. Imposing enormous penalties on taxpayers who either had no awareness of the disclosure requirements imposes undue hardship, and contravenes public policy by undermining public respect for the fairness of the tax system. As I stated in my 2010 Erwin N. Griswold lecture before the American College of Tax Counsel, our tax system is built on the fundamental principle of due process of law.

You can read more about my concerns about Keller and other important recent cases in the CDP section of the Most Litigated Issues in my upcoming 2017 Annual Report to Congress.