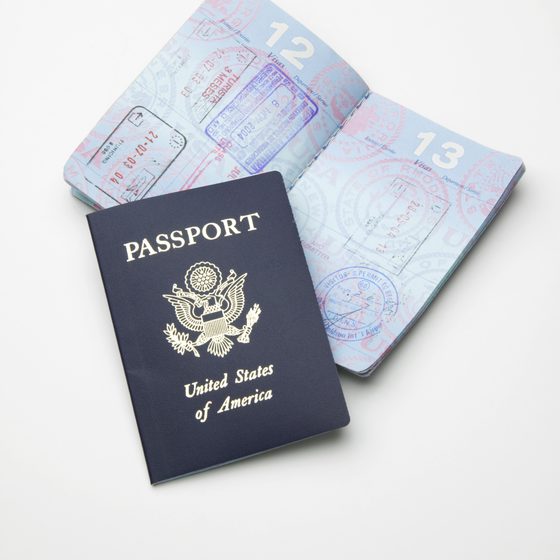 On Jan. 22, 2018, the IRS began implementation of the passport certification program. IRC § 7345 authorizes the IRS to certify a taxpayer’s seriously delinquent tax debt to the Department of State for the purposes of passport denial, limitation, or revocation.

A seriously delinquent tax debt is an assessed, individual tax liability exceeding $51,000 for which either a notice of federal tax lien has been filed or a levy has been made. IRC § 7345(b)(2) provides exceptions for current installment agreements (IAs), offers in compromise (OICs), and Collection Due Process (CDP) hearings. In addition, the IRS has created certification exclusions, such as for taxpayers in currently not collectible (CNC) hardship status and those with pending IAs and OICs. IRM 5.19.1.5.19.4 includes the full list of current discretionary exclusions.

I have previously blogged about why providing notice to taxpayers prior to certifying their tax debts is so important and how the IRS’s lack of notice will harm taxpayers. I also identified the IRS’s planned procedures for implementing the passport certification program as one of the 20 Most Serious Problems encountered by taxpayers in my Annual Report to Congress.

The Most Serious Problem reiterates my prior concerns about lack of prior notice to taxpayers and the potential for this lack of notice to infringe on Constitutional due process protections. TAS research estimates that over three-quarters of the individual taxpayers potentially eligible to be certified will not have received any notice at all prior to certification because they received their CDP notices prior to the IRS including passport information in these notices. The Most Serious Problem also discusses how even though the Department of State will delay denying a passport application for 90 days for a certified taxpayer, this may not provide enough time for taxpayers to resolve their tax liabilities and have their decertifications transmitted to and processed by the Department of State. I also discuss the lack of information about important taxpayer rights in passport correspondence, such as the IRS certification notice not informing taxpayers about the exception for humanitarian or emergency travel and the Department of State passport “hold” letter not including information about the right to seek assistance from TAS.

This brings us to one of the major issues on which I focused in the Most Serious Problem and in TAS’s advocacy work outside of the Annual Report: the IRS’s refusal to exclude from certification taxpayers with already open TAS cases. The IRS has significant discretion to provide certification exclusions, and the Commissioner has exercised this discretion. The passport certification program was intended to assist the IRS with difficult to collect, unpaid tax debts. For taxpayers who are actively working with the TAS to resolve their debts, it is unclear what purpose is served by certifying their tax debts. One of the statutory functions of TAS is to assist taxpayers who are experiencing significant hardship in resolving problems with the IRS. TAS accepts cases only from taxpayers who meet TAS case criteria (per IRC § 7811 and the regulations thereunder) and keeps cases open only if taxpayers are working with us to achieve a resolution. If TAS can get the taxpayer into compliance and resolve the taxpayer’s issues with the IRS, then the purpose of IRC § 7345 has been satisfied. If TAS is unable to resolve the taxpayer’s account, then when TAS closes its case the IRS can certify the account if it still qualifies as a seriously delinquent tax debt. Of the approximately 4,200 TAS cases with balances due over $50,000, which were closed in fiscal year 2017 and which were not previously determined by Collection to be currently uncollectible, more than 75 percent involved either exam or collection issues. TAS closed 70 percent of these cases (approximately 2,700) with full or partial relief.

The Most Serious Problem discusses how the IRS has ignored the legislative history of the passport provisions, which reflects Congress’s intent that taxpayers not be certified until their administrative rights have been exhausted or lapsed. In addition, the IRS also ignores its own guiding principles when it refuses to exclude already open TAS cases. IRS Policy Statement 5-1 provides that the Service is responsible for taking all appropriate actions provided by law to compel non-compliant taxpayers to file their returns and pay their taxes. Policy Statement 5-2 states that the Service is committed to educating and assisting taxpayers who make a good faith effort to comply. When a taxpayer voluntarily comes to TAS for assistance with a tax issue before the account has been certified for passport denial or revocation, the taxpayer is making a good faith effort to comply with the tax laws. Furthermore, through the process of working with taxpayers, TAS educates them so they remain in compliance.

As discussed above, the statutory exemptions to certification reflect congressional intent to exclude from certification those taxpayers who are attempting to come into compliance and satisfy their debts, including taxpayers who are contesting their liability or paying via an IA or OIC. In accordance with legislative intent, the Commissioner has exercised his administrative discretion to further exclude from certification taxpayers with a pending IA or an OIC, and claims that would result in no balance due. Yet inexplicably, the IRS has refused to exclude taxpayers who have come to TAS for help resolving their tax debts, either because they have economic difficulties or because IRS processes have failed them. Certifying taxpayers who are already actively working with TAS to resolve their debts violates the taxpayers’ right to a fair and just tax system and treats TAS taxpayers inconsistently from others who are trying to resolve their issues directly with the IRS. This, in essence, violates Congress’s purpose in establishing the Office of the Taxpayer Advocate.

Because the IRS has denied my office’s repeated requests for it to exclude already open TAS cases from certification, I have taken action to protect these taxpayers. As of Jan. 11, 2018, TAS identified almost 800 taxpayers with an assessed, unpaid federal tax debt over $51,000, who have an open case in TAS, and who do not otherwise meet an exception or exclusion from certification. On Jan. 16, 2018, I issued Taxpayer Assistance Orders (TAOs) for every one of these almost 800 taxpayers, ordering the IRS not to certify their seriously delinquent tax debts to the Department of State. By operation of law, the IRS must refrain from certifying any of these taxpayers until these TAOs are rescinded or modified by the National Taxpayer Advocate, the IRS Commissioner, or IRS Deputy Commissioner under IRC § 7811(c).

For taxpayers who were already certified prior to seeking TAS assistance, I have issued interim guidance to TAS employees authorizing all taxpayer cases involving revocation, limitation, or denial of passport under section IRC § 7345 to be accepted under TAS Case Criteria 9 if they do not meet any of the other TAS Case Criteria. Under Criteria 9, TAS accepts cases when I have determined that a compelling public policy warrants assistance to an individual or group of taxpayers. Given the imminent, irreparable harm that taxpayers may face by the loss of their passports and the right to travel internationally, there is clearly a compelling public policy for assisting any taxpayer subject to passport certification.

I will continue to advocate for the IRS to exercise its significant discretion to exclude from passport certification all taxpayers with open TAS cases. TAS will also work diligently to assist taxpayers who have already been certified to resolve their tax liabilities and become decertified.