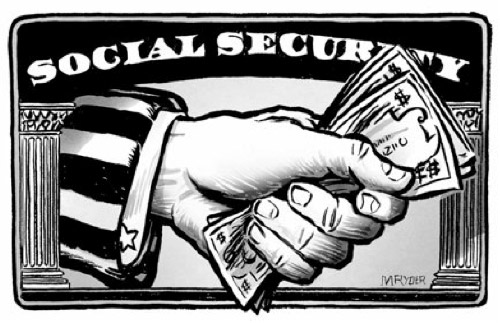 Social Security may be a long-awaited retirement perk, but it’s not without its headaches and complications. (It is, after all, a government program, so that shouldn’t come as a complete surprise.) Retirees must manage their Social Security and other retirement income well if they hope to avoid the “tax torpedo.”

The tax torpedo is a name given to the unexpected way that Social Security can get taxed, depending on how much other income you have.

“It sneaks up on people,” said Justus Morgan, a certified financial planner with Financial Service Group. “The majority of folks don’t understand if or how Social Security can be taxed.”

Because the income amounts that are subject to tax aren’t indexed for inflation, more and more retirees will be ensnared in the tax torpedo in coming years.

Retirement is a taxing time

About half of retirees don’t need to worry about the taxation of Social Security benefits because their income is too low, according to the Congressional Budget Office.

Provisional income is calculated by taking your modified adjusted gross income and adding half of the Social Security benefits received.

“Another shocker is that it’s all your sources of income, even income from tax-free bonds,” said CFP Nancy Hecht of Certified Financial Group. The tax torpedo typically comes at age 70½ , when the required minimum distribution from tax-deferred 401(k) plans and individual retirement accounts kicks in.

Consider the example of a single taxpayer whose taxable income puts her in the 25 percent tax bracket. She may think that withdrawing an additional $100 of income would increase her taxes by $25. But if she has hit the provisional income threshold, it could increase her income much more. In that case, an extra $100 would actually make $185 of income taxable because now she must include her Social Security, as well.

“It’s much more common for taxpayers at the lower- and middle-income tax brackets to get caught off guard by this,” said Morgan at Financial Service Group. “In many cases, higher-income taxpayers are already thinking about the impact of taxes on retirement.”

And there’s more bad news when your taxable income climbs too high. How much you pay for Medicare, the health insurance program for those 65 and older, depends on how much taxable income you have.

“Your Medicare premiums for Part B are based on modified adjusted gross income,” said William Meyer, founder and CEO of IncomeStrategy.com, a website the helps people maximize their sources of retirement income. “So if you withdraw too much of your IRA, you could increase your MAGI and that will affect the amount that you pay for Medicare.”

“It all needs to be coordinated, but people aren’t thinking about all of this together,” said Meyer.

Keeping the torpedo at bay

There aren’t too many options to lessen the sting of the tax torpedo for retirees who are already collecting Social Security and taking RMDs. Action must be taken years in advance to set up your income stream for maximum tax efficiency.

At the root of the tax-saving strategy is turning the conventional wisdom around retirement account withdrawals on its head. For many years retirees were advised to start their withdrawals with their taxable accounts while they allowed their tax-deferred pools of money to continue to grow. That way, they would have a bigger balance to draw on when it came time for RMDs.

The problem is that this strategy can create more taxable income than you want. Structuring withdrawals in a different way can keep less of your Social Security benefit from being taxed, said Meyer.

Instead, it might be better to structure withdrawals this way: Use your tax-deferred accounts in the early years of retirement, hopefully providing you with enough income so they do not need to tap Social Security until age 70, when benefits max out.

“Most people will be in a lower bracket early in retirement and before RMDs start,” Meyer said.

The idea is to push your taxable income into a lower tax bracket early on. “Not only will you get the ridiculously high 8 percent bump in Social Security for each year you wait to collect beyond full retirement age but you also drawn down your qualified accounts,” said Hecht of Certified Financial Group.

Then, when you must take RMDs, starting in the year you turn 70½, your account balance will be smaller and, therefore, your RMDs will be smaller. “Then when RMDs start, flip to the taxable account,” said Meyer of IncomeStrategy.com.

But not everyone is able to take advantage of those strategies, especially people who don’t have a combination of tax-deferred, taxable and tax-free accounts.

“For some people there’s just no avoiding the tax torpedo,” said Morgan at Financial Service Group. “They have to draw down their money because that’s what they’re going to live on.”