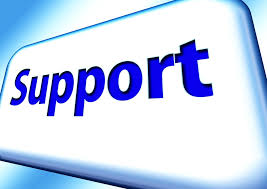 Every year, the Taxpayer Advocate Service (TAS) helps thousands of people with tax problems. This story is only one of many examples of how TAS helps resolve taxpayer’s tax issues. All personal details are removed to protect the taxpayer’s privacy.

A taxpayer under audit requested TAS assistance because his tax refund was being held and he needed the money to make an urgent auto repair. He was unemployed and could not search for work without the use of his car. The taxpayer told TAS he sent the IRS documentation to support the tax benefits, including the Earned Income Tax Credit, claimed on his return months earlier, but he had not received a response and still hadn’t received his refund.

The TAS case advocate reviewed the documentation the taxpayer submitted to the IRS. It turned out the taxpayer was claiming five dependents, but only two qualified; however, the IRS disallowed all five dependents instead of three. The case advocate provided clarifying documents that proved the two youngest children qualified as the taxpayer’s dependents. Although the process was stressful for the taxpayer, TAS worked with him to get the documentation the IRS needed and eligible benefits based on the two youngest children who were allowed. The taxpayer received his refund and was able to get his car repaired, aiding his search for employment.

When working with the Taxpayer Advocate Service, each individual or business taxpayer is assigned to an advocate who listens to the problem and helps the taxpayer understand what needs to be done to resolve their tax issue. TAS advocates will do everything they can to help taxpayers and work with them every step of the way. Occasionally TAS features stories of taxpayers and advocates who work together to resolve complex tax issues. Read more TAS success stories.