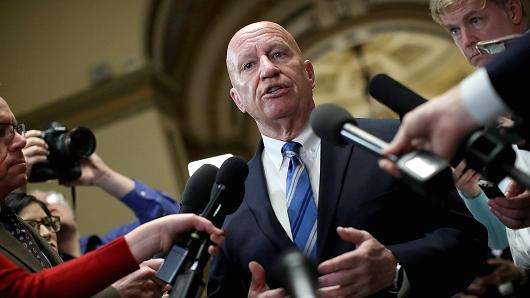 Sweeping changes in the proposed tax bill mean you can kiss goodbye one key strategy for your individual retirement accounts.

Lawmakers released their final version of the proposed tax overhaul on Friday. The bill includes a measure to take away savers’ ability to undo their IRA conversions.

Retirement savers currently have the ability to convert funds in their pretax IRA to a post-tax Roth IRA. You pay tax on the money that is converted. The benefit of this is that your money then grows tax free, according to IRA expert Ed Slott, founder of Ed Slott & Co.

Existing tax rules allow you to change your mind and undo that transaction. That means you can decide you do not want to be stuck with the tax liability for all or part of the conversion, Slott said.

Ordinarily, savers have until Oct. 15 of the year following the IRA conversion, also called a recharacterization, to go back and change it.

But if you did an IRA conversion at any time in 2017, you will only have until the end of 2017 to reverse your decision — provided the tax legislation passes with this provision in it.

“Effectively, if this comes to law, the recharacterization is dead, eliminated, repealed after 2017,” Slott said. “If you were even thinking of, maybe I want to undo part of it, maybe I don’t want to pay the full tax or any of it or I changed my mind, you should do that recharacterization by the end of this year to protect yourself.”

Roth conversions will be a less-attractive strategy once you can no longer undo them, particularly because the market could drop, said Jeffrey Levine, CEO and director of financial planning at BluePrint Wealth Alliance in Garden City, New York.

“No one wants to pay tax on value you don’t have,” Levine said. “There are a lot of people who feel the market is due for a pullback.”

If the new rule goes through, you would need to be sure you can pay the taxes on a Roth conversion before you do it, Levine said. You may want to wait until the end of the year for such a transaction, when you are more sure of your income and deductions, he said.

James Lange, president of Pittsburgh-based Lange Financial Group, believes Roth conversions could still be a valuable strategy even if savers are prevented from undoing them.

If tax rates stay down, then you are not hurt by doing a Roth conversion, Lange said. And if in the future, the government decides that lower tax rates are unsustainable, you will benefit from having done the conversion when rates were low, he said.

“Roth IRA conversions are really a long-term strategy where you’re paying off or buying out your partner, which is Uncle Sam,” Lange said.

Savers who undo Roth conversions before rules change should be aware that you may still get a notice from the IRS, Lange said. That is because it can take the agency time to catch on to the fact that the conversion has been undone and the tax bill on that money is no longer owed.