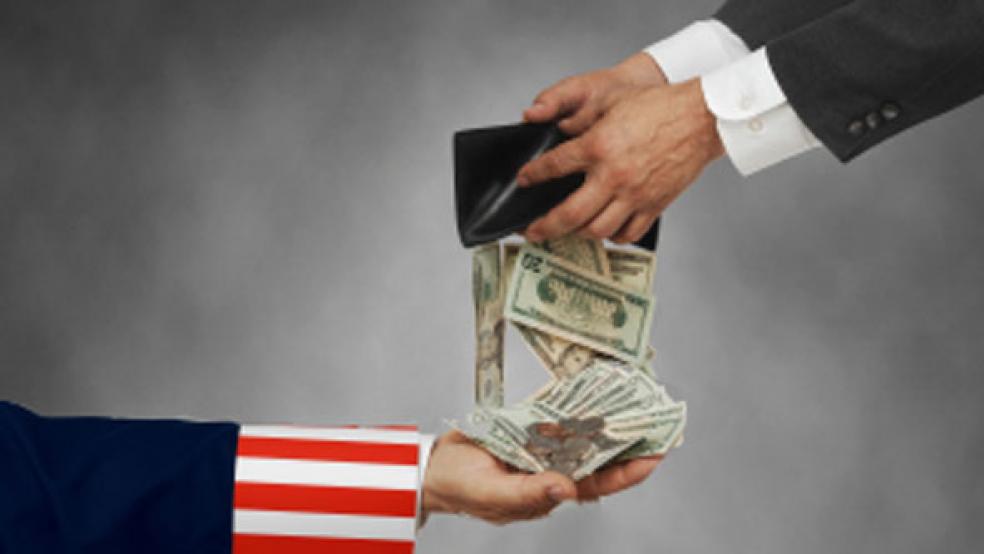 The 7 Taxes We Hate the Most

Most of us absolutely despise paying our taxes – we believe they’re unfair or aimed at the wrong people. While Gallup has found that slightly more than half of us feel we paid too much in taxes in 2014, some taxes are more detested than others are.

WSRP, an accounting firm in Salt Lak City identified most of hated taxes during last year’s tax season. Other reviled taxes came from our content partner, Bankrate. The Fiscal Times has updated this material and added new details as well. These are the 7 taxes we hate the most.

The good news is that some taxes have exemptions that could work in your favor. Check out our list – and share your own most hated taxes in the comment field below.

Once you turn 70-and-a-half, you must start taking withdrawals from your IRA or other retirement plans, such as profit sharing, 401(k), 403(b), or 457(b) account. You also have to pay income tax on the distributions. Even if you don’t need the money for retirement, the IRS doesn’t give you a choice – and if an account owner fails to withdraw the full amount of a distribution, the amount not withdrawn is taxed at 50 percent.

Why people hate it: They’re forced to pay taxes on income they may not yet need. Though the IRS has been lax in enforcing the rules, it’s now stepping up its enforcement, Bob Carlson of the Indianapolis-based financial planning firm Carlson Wealth Advisors recently wrote in InvestingDaily.

This is like a separate system targeted at wealthier Americans to prevent them from avoiding taxes through loopholes and deductions. You’re subject to this tax if your bill, based on your AGI income (gross income minus itemized deductions=AGI), is higher than your regular tax bill.

Why people hate it: The AMT often ends up taxing the upper middle class rather than the super-rich. People with income upwards of seven figures are less likely to have an AMT bill higher than their federal income tax bill because their income rate is so high (the maximum AMT rate is 28 percent). “In contrast, folks in the upper middle income zone may have enough regular tax deductions that their average regular tax rate is lower than the 28 percent maximum AMT rate,” WSRP wrote. “They are more likely to wind up owing the AMT.”

How to deal with it: The best way to minimize this tax’s impact is to carefully manage deductions and income to reduce your AMT exposure.

The IRS collects this tax on behalf of the Social Security Administration to pay current beneficiaries. Those on corporate payrolls split the cost with their employers. Employees give up 6.2 percent of their paycheck to Social security every month up to the annual wage ceiling ($117,000 in 2014), while employers pay the other 6.2 percent

Why people hate it: Those who are self-employed particularly hate this tax. Although an employee on a payroll splits the bill with the employer, self-employed Americans have to foot 100 percent. Also, there’s a blatant disconnect between the growth of the Social Security tax ceiling (2.9 percent from 2013 to 2014) and that of Social Security benefits (1.5 percent), WSRP also notes.

How to deal with it: If you’re self-employed, you can deduct half of the Social Security tax you paid in 2014.

You’ve contributed all your working life to Social Security through payroll taxes. And now that you’re finally qualified to receive benefits, you think you’re set, with one exception. Since the government considers it income, you now have to pay taxes on your benefits.

Why people hate it: “That’s double taxation, or even triple taxation depending on how you look at it,” according to WSRP.

How to deal with it: If Social Security is your only source of income, or if your income is very low, you don’t have to pay taxes on your benefits.

Some tax credits, such as the child tax credit, come with an income limit to qualify, which reduces or even completely eliminates the credit as income goes up. With the child tax credit, you can reduce your federal income tax by up to $1,000 for each child under age 17. But for married taxpayers filing jointly who make more than $110,000 ($75,000 if you’re single), the credit is reduced by about 5 percent of adjusted gross income over these limits.

Why people hate it: These phase-outs end up being mere tax rate increases. “Some taxpayers have multiple tax provisions phasing out at the same time, compounding the negative effects on their work incentives,” says the Tax Policy Center, a joint project of the Urban Institute and Brookings Institution.

How to deal with it: Except for earning less money, there’s no avoiding this one.

This is a tax on property transferred to heirs at death.

Why people hate it: It constitutes double taxation, although to be fair, that’s not the case with unrealized capital gains that have never been taxed during the individual’s life.

How to deal with it: Most estates are avoiding this tax. Roughly 3,700 estates, or 0.12 percent of the total, are expected to owe federal estate tax this year, according to The Wall Street Journal. That’s because estates with combined gross assets below the IRS exemption of $5.34 million don’t have to pay the tax. Estates too large to benefit from this exemption typically set up tax-avoiding trusts.

Every homeowner needs to pay property tax to their state, county and/or local jurisdiction.

Why people hate it: Property taxes generally increase after you make improvements to your home. The taxes can also increase if your municipality decides it needs extra funds.

How to deal with it: If you’re a senior, a military veteran or widowed, there are often exemptions. For a full list of property tax exemptions in your area, check with the local agency that collects the tax.